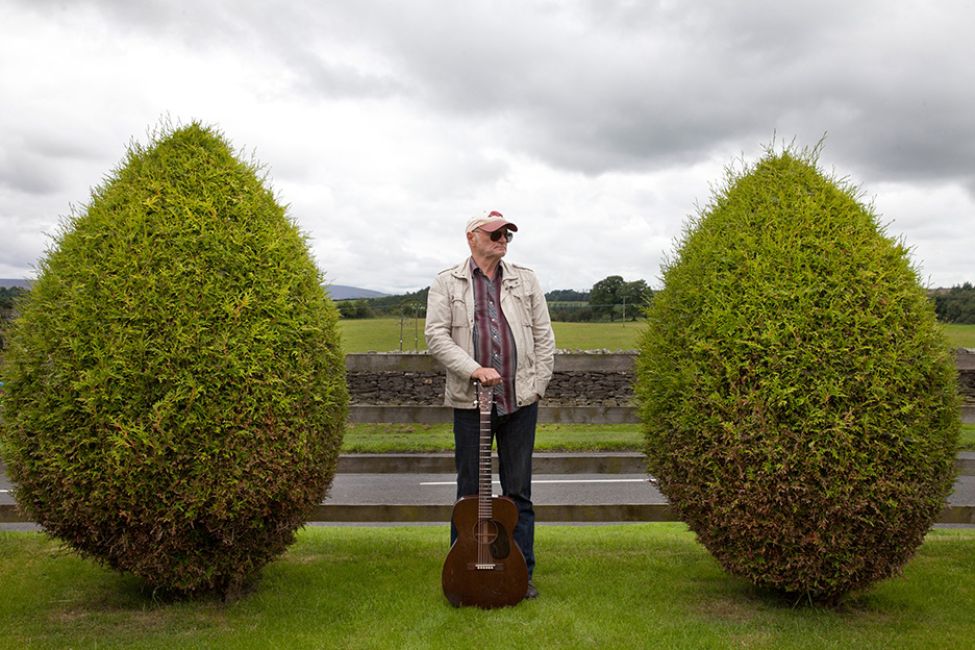 ‘This man is so laid back that he makes JJ Cale sound like he’s on helium.’ – QMagazine

2016 was a landmark year for Michael Chapman.  As well as celebrating his 75th birthday it was also 50 years since he first went on the road professionally. We organised some special events to mark this important milestone in his life and career – including a short residency in London, a UK tour with BJ Cole on pedal steel and Sarah Smouton cello, and issues of some new recordings, including collections of guitar instrumentals ‘Fish’ and ‘Homages’.

Never one to stand still for long, Chapman continues touring in 2017 with more new projects including his new album ‘50’on vinyl and some exciting new collaborations are in the pipeline. New recording: Chapman’s new album ‘50’ was released in January 2017 on the Paradise of Bachelors label. Produced by & featuring Steve Gunn it features his first full band sound for some 20 years.

Michael Chapman (born Leeds Yorkshire -1941) first became known on the London and Cornish folk circuits in 1966. Playing a blend of atmospheric and autobiographical material he established a reputation for intensity and innovation. Signed to EMI’s Harvest label he recorded a quartet of classic albums. LPs like ‘Rainmaker’ and ‘Wrecked Again’ defined the melancholic observer role Michael was to make his own, mixing intricate guitar instrumentals with a full band sound.

Chapman is known as one of the UK’s best fingerpicking style guitar players. As part of a continuing musical lineage that includes the likes of Ralph McTell, John Martyn, Davey Graham & Bert Jansch, Chapman is still touring and recording new material. Recent Album releases include Fish – 2015 and re-issues of his classic Harvest catalogue. ‘Rainmaker’, Fully Qualified Survivor’, ‘Wrecked Again’, ‘Window’ & ‘Playing the Guitar The Easy Way’ on the USA label Light in The Attic completing a re-issued series of all his early work. Live at Folk Cottage – (2013) is an archive of the first known recordings of Michael playing live at The Folk Cottage, at Mitchell, Cornwall in 1967.

Collaborations with Thurston Moore (Sonic Youth) and the American ‘primitive school’ of guitar players, including the late John Fahey, and also Jack Rose, opened up a whole new audience of US based admirers. Appearing on recordings with Hiss Golden Messenger and Steve Gunnhas cemented Chapman’s position as pivotal figure in roots, folk and acoustic guitar playing over the last 50 years.