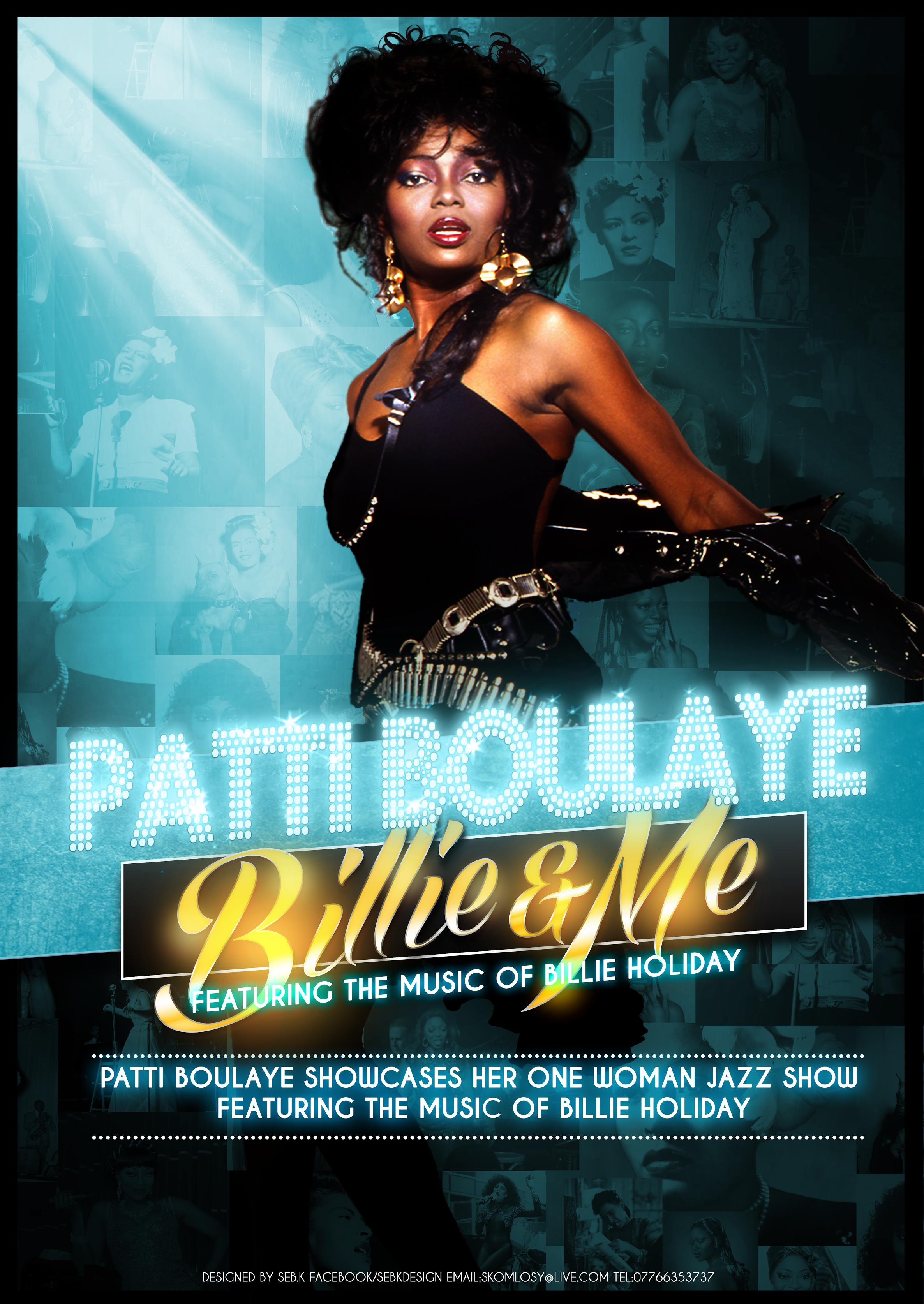 The award-winning singer and musical theatre star Patti Boulaye brings to Chapel Arts her wonderful, moving one-woman show ‘Billie and Me,’ in which she discusses the parallels of her life and career with that of the great singer Billie Holiday. Holiday’s life, songs and cause of her death, have made a strong impact on modern day performers like Patti and it was many of Holiday’s songs and performances that inspired Patti’s love of jazz music. In ‘Billie & Me’, Patti performs some of her favourite and well -known Holiday’s songs such as That Ole Devil Called Love, Nice Work If You Can Get It, Lover Man, God Bless the Child and many more

Patti recently published her remarkable and moving autobiography ‘The Faith of A Child’ which charts her riveting life story through wealth, poverty and civil war, to show-business stardom and success in Britain and her birth country Nigeria. 2017 marked the 46th Anniversary of Patti’s West End debut in the musical Hair. The show changed the course of Patti’s life, when at the age of 17s she joined the cast after arriving in London from Nigeria in the early 70’s

Patti, who came to prominence as a singer winning the British ITV talent show New Faces where she made history by becoming the only contestant ever to receive the maximum 120 points, was awarded an OBE for her charity work in the UK and Sub- Saharan Africa in 2016