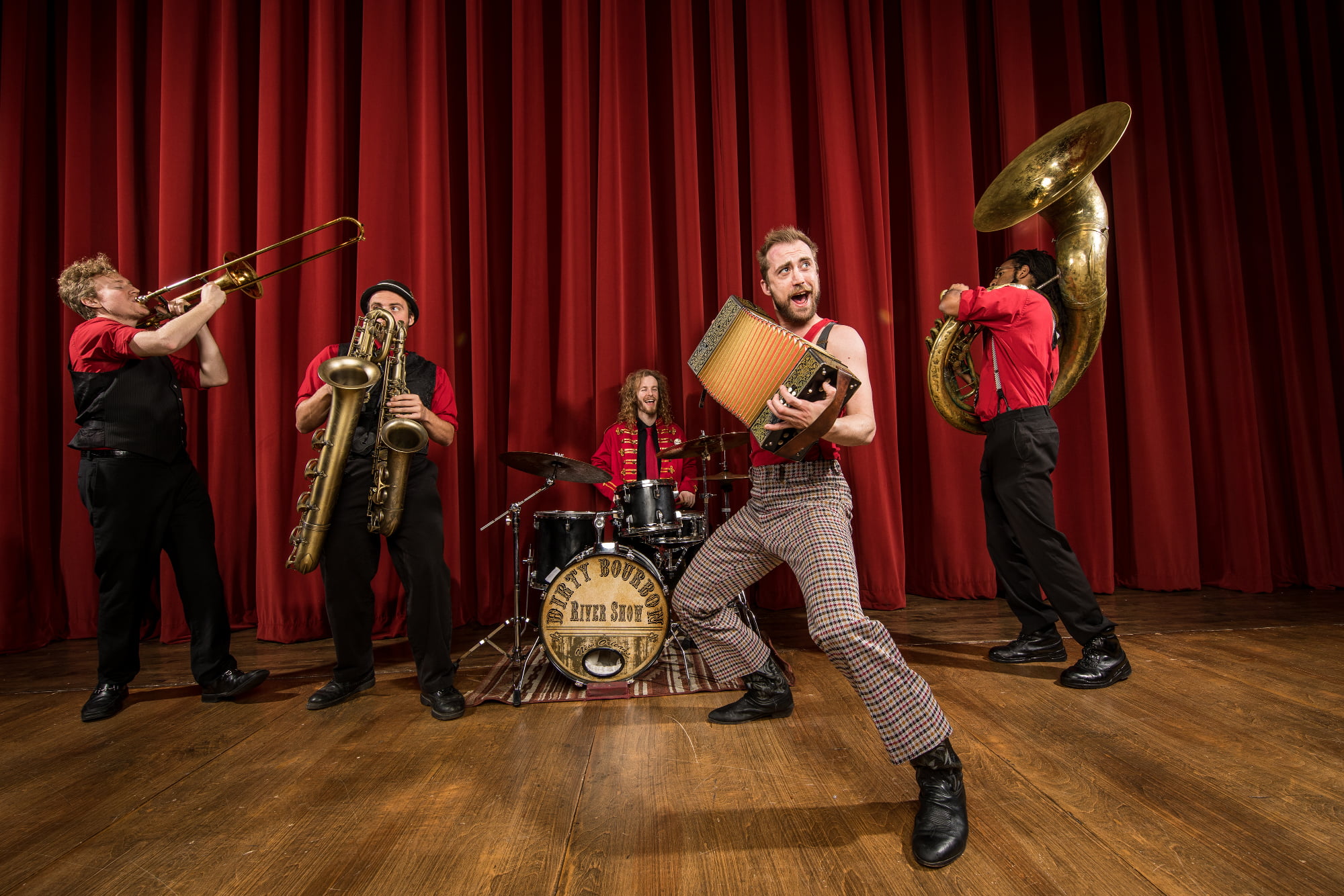 The Dirty Bourbon River Show deftly melds sounds that range from hard-edged blues to Lisztian piano driven ballads to New Orleans brass into a result that is truly a blast of new energy into the musical landscape. Dirty Bourbon grabs hold of audiences, fascinated by their eccentricity and dexterity coupled with their ability to harken back to by-gone eras in music. Since forming in early 2009, the Dirty Bourbon River Show has released 10 studio albums and played over 1000 live shows, fast earning them a stellar reputation for their tight, multi-faceted sound and high-energy performances. They can be found bringing their blend of “New Orleans Big Brass Circus Rock” all over the world, performing at festivals and respected venues year-round.

Their albums and live shows (both heavily intertwined) pair exuberant, syncopated lyrics with complex, harmony-rich songwriting and orchestration. They switch instruments mid-show (sometimes even mid-song), they all sing (except the drummer, of course), and they all have a penchant for theatrics (ﬁreballs, group chants and stomps, whiskey pours – whatever the imagination calls for).

The Dirty Bourbon River Show is currently touring the world in celebration of their 10th studio album “The Flying Musical Circus.”