“Southern Rock,” is how the daughter of Muscle Shoals’ royalty describes the ghostly, unflinching, sometimes gritty tales that separate her song collection from the mainstream.

After a first full-length album “Razor Wire” (2014) praised by major mediums in the US and Europe, she is working on a new record this year.

You may already catch her new songs as well as support her pledge campaign started in February. 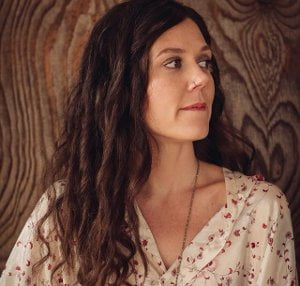 Lilly Hiatt is a sensitive and somewhat rowdy young lady from Nashville, Tennessee. Hiatt has enjoyed some successes as a solo artist, including a shared stage with Emmylous Harris and Jim Lauderdale, as well as a guest appearance on the Craig Ferguson show. Upon her introduction to North Carolina guitarist, Beth Finney, a new beast began to form. Hiatt’s aching melodies combined with Finney’s tender yet turbulent guitar licks yielded a sound that the two were unable to find prior: women shedding their childhood skin and coming into the unraveled and emotional world of adulthood. Soon after, the girls hooked up with drummer Jon Radford (Charles Walker and the Dynamites, Drew Holcombe Band) and
bass player Jake Bradley (Over the Rhine). The stampede had begun. Since then,

Lilly and the ponies have graced the stage of the Ryman, opened for Lyle Lovett, and enjoyed success over seas. They currently reside in Nashville, TN and are awaiting the release of their debut album, “Let Down”. Produced by Doug Lancio (Patty Griffin, Gretchen Peters), the album is to be released in 2012.