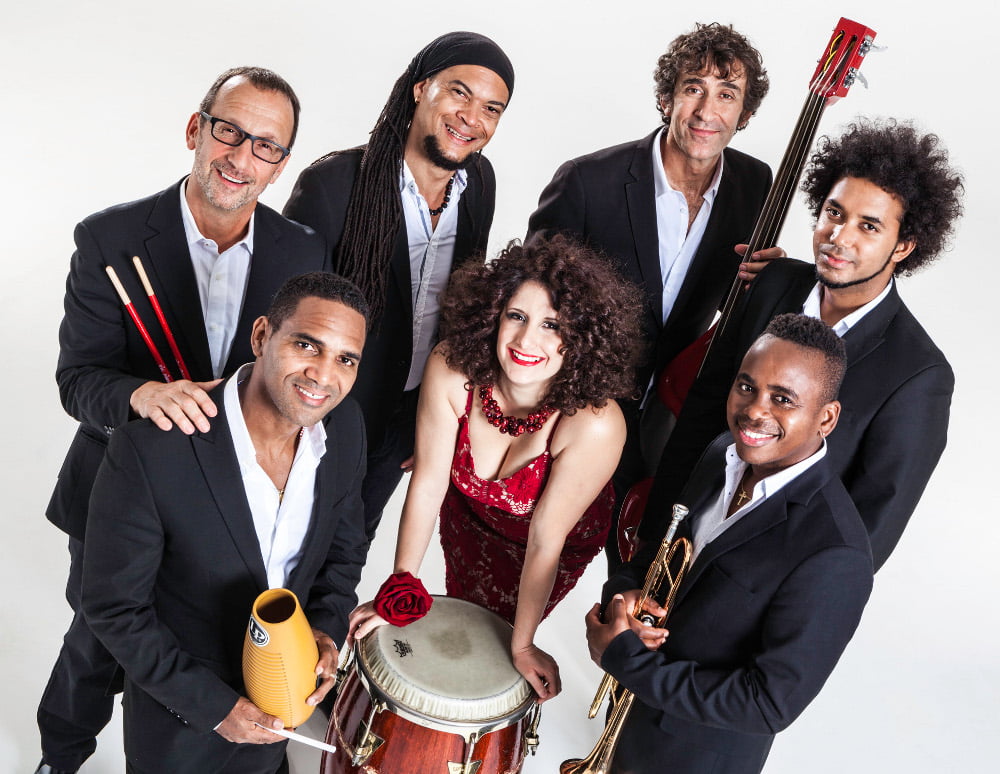 This event is fully booked.

This is a mainly dancing event, with tables and chairs down both sides of the Auditorium only!

‘The UK’s very own Buena Vista band….absolutely tremendous…. if you don’t start to move to this there is no hope for you! Extraordinary music.’ Sean Rafferty, BBC Radio 3, September 13, 2012

Son Yambu play authentic ‘Son Cubano’ or Cuban son – the essential Afro-Cuban music that originated in the streets of eastern Cuba at the turn of the last century. Son is a fusion of Spanish and African rhythms and is the root of all salsa music. Formed in 2011, Son Yambu features a new generation of musicians who are all passionate about maintaining the traditions of the genre, continuing the Buena Vista legacy that put Cuban music back on the map in 1997.

Since their debut album ‘La Maravilla’ was released to rave reviews (**** Songlines, The Evening Standard) at the end of 2012, Son Yambu have gone from strength to strength.

With a hugely successful Arts Council Tour of England in 2016, a recent live session for Sean Rafferty on BBC Radio 3 ‘In Tune’ and a new album currently being recorded, the future looks bright indeed.

On vocals, from Guanabacoa, Cuba, Dunia Correa is an accomplished international singer with a sparkling personality, having performed with many Cuban bands. She is a born entertainer, and aficionados have likened her to a young Celia Cruz. Frank Portuondo Ortiz from Guantanamo on trés and backing vocals toured internationally with Cuban bands Manguaré, Son Del Nene and Pedrito Calvo, before joining Son Yambu.

Yambu’s rhythm section boasts the extraordinary talents of Javier Fioramonti on bass, Rene ‘Menique’ Savigne on congas, Oscar Martinez on bongos and Toby Herschmann on timbales. They’re the force that drives the music along. And soaring above it all, there’s the trumpet of virtuoso Alberto ‘Muziquito’ Savigne, whose credits include Septeto Matamoros, Los Chicos Del Barrio, Grupo Turquino and Septeto Narbori to name but a few.

Playing their irresistible tropical rhythms, they bring their audiences a truly sensational, authentic Latin-music experience, and their music is guaranteed to turn any event into a fiesta!

Most of the band members hail from Santiago De Cuba, the birthplace of Cuban son…. and have the effortless musicianship that comes from being to the manor born…..a set infused with rhythm changes and infectious melodies and grooves. Son Yambu is the best band playing Cuban son. Jane Cornwell, Songlines/Homegrown April/May 2013.